History of Chemical Engineering at K-State 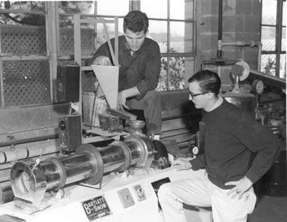 Despite the small size of the department, a master's degree in chemical engineering was offered for the first time in 1938. Both fundamental and applied research was carried out in the early years of the department. Projects included the production of starch by wet-milling of grain sorghum, catalytic oxidation of organic chemicals, suspension of pulverized coal in oil, extraction of soluble material from granular solids and the application of kinetics to reactor design. These research themes persist today, reflecting the continuing importance of both value-added agricultural products and the petrochemical industry in Kansas.

Under the leadership of Dr. Henry Ward, who became department head in 1948, the department's activities expanded significantly in the 1950s. Ward established a program in nuclear engineering in 1954, which was later spun off as a separate department. He also placed greater emphasis on research, expanding the graduate program and obtaining authorization for a Ph.D. degree in 1958.

This was also a year of two pivotal hires for the department. L.T. Fan, who had received his master's degree at K-State and was completing his doctorate at West Virginia, wrote to Ward and asked if he would be a job search reference. Ward responded with a postcard offering Fan a faculty position at K-State, and he accepted. Ward also hired Benjamin Kyle in 1958, who spent almost forty years on the faculty. To the profession, Kyle is best known as the author of a successful textbook, Chemical and Process Thermodynamics. 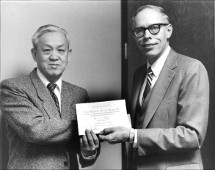 The curriculum had largely reached its modern form by 1960. Process dynamics and control, along with chemical reaction engineering, had been added in the early 1950s. Fan and his close friend C.Y Wen made a bus trip to the University of Wisconsin in the summer of 1959 to secure a copy of the pre-publication notes for the paradigm-shifting book Transport Phenomena by Bird, Stewart and Lightfoot. Thus, transport phenomena was taught at K-State even before publication of the book in 1960. In the 1960s, Fan and Larry Erickson expanded the research emphasis into biochemical engineering and added the first formal course on this subject to the curriculum in 1969. The first chemical engineering computer course was also added in the 1960s.

After Ward's untimely demise in a train accident in 1960, William H. Honstead took over as the department head. Honstead was a 1939 B.S. graduate of the department, with a doctorate from Iowa State and several years of industrial experience. He oversaw the successful launch of the Ph.D. program, with Erickson receiving the program's first doctorate in 1964. Erickson returned to K-State as an assistant professor after a stint as a post-doctoral fellow with Art Humphrey at the University of Pennsylvania. Honstead also hired two other faculty members, Richard Akins and John Matthews, who were each to spend more than 30 years with the department.

In 1968, Honstead moved into other leadership and administrative roles at K-State, and Fan took over as department head, remaining in this position for the next 30 years. Under his guidance, the department's research programs and reputation grew substantially. He was also instrumental in securing funding for the construction of Durland Hall, which enabled the department to move out of a building that had been built as a dairy in 1902 into a space designed to the faculty's specifications.

During the energy crisis of the 1970s, many of the department's faculty were involved in research on alternative energy sources, especially biomass. Fan also established K-State as a leading center for research in process synthesis and design. In 1985, Fan and Erickson established the Hazardous Substances Research Center at K-State, with Erickson as director, thus adding environmental engineering to the Department's research portfolio. In 1989, this Center was significantly expanded with EPA support, and the current research activities of the Great Plains/Rocky Mountain Hazardous Substance Research Center include bioremediation, phytoremediation and related activities designed to address problems associated with contaminated soil and groundwater. 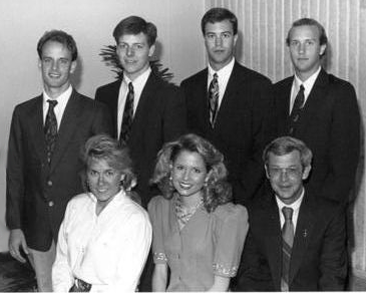 With the hiring of Walter Walawender in 1969, the core faculty members who guided the department into the next generation were largely in place. Professors Akins, Erickson, Fan, Kyle, Matthews and Walawender became the heart of the department that remained intact for almost 30 years. A key addition to the faculty in 1978 was Larry Glasgow, who replaced retiring professor Herbert Bates in 1978. Glasgow became widely recognized as one of the best instructors at K-State, winning numerous teaching awards at all levels. In the mid-1980s, John Schlup and James Edgar were hired into new faculty lines to teach courses in materials science, while also supporting the department's mission in chemical engineering. They developed materials science and engineering as an important component of the department's research program.

By the late 1990s, some of these core faculty members began to retire. In 1998, Stevin Gehrke was hired from the faculty of the University of Cincinnati to take over from Fan as department head. Matthews and Kyle had also retired by 1998. Keith Hohn was hired from the University of Minnesota to replace Matthews' expertise in catalysis and reaction engineering. In 2002, Mary Rezac and Peter Pfromm joined the faculty as associate professors, coming to K-State from the faculties of the Georgia Institute of Technology and the Institute of Paper Science and Technology, respectively. In 2004, Rezac assumed the position of department head from 2004 to 2009. Jennifer Anthony joined the department in 2004 followed by Vikas Berry in 2006. James Edgar has served as department head since 2009.